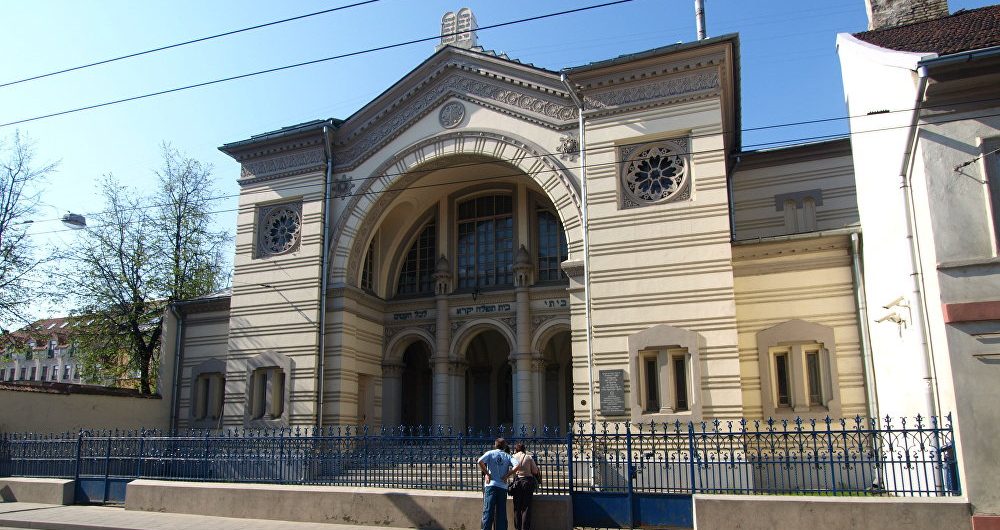 Tracing Jewish Culture in Vilnius, Jerusalem of the North: Special Tours That Take You to the Heart of Europe’s Jewish Heritage.

Vilnius in Love, a tour company specializing in unique and personalized excursions across Lithuania, invites to special Jewish heritage tours.

September 19, 2017 – Vilnius, Lithuania. Did you know that bagels, made from yeasted wheat dough, originated from the Jewish communities of Lithuanian Grand Duchy and Poland? Each Lithuanian town used to have at least a few bagel bakeries, and each bakery had its own secret recipe. Bagels disappeared from Lithuania during the Second World War, together with the lively Jewish culture. However, they got transplanted into other countries, and are now one of the most popular breakfast items in the US and the UK.

The good news is that bagels have currently returned to Vilnius, together with the revival of the local Jewish culture.

Short history of the Jewish Vilnius

Vilnius, which used to be called the Jerusalem of the North, welcomed its first Jewish citizens in the 14th century, by the special invitation of the Lithuanian Grand Duke Gediminas. The Grand Duke sent out letters inviting people of different nationalities and abilities to settle in Vilnius, in order to create a new vibrant European city. These were the beginnings of the multicultural Vilnius. In the 17th century Vilnius became the center of the Jewish Culture, and Litvaks – Jews with roots in the Lithuanian Grand Duchy – became known all over Europe for their intellectual Talmudic studies.

The ones who gave Vilnius the reputation of an intellectual center were first and foremost its rabbis. The most famous rabbi was the Gaon of Vilna – Elijah ben Solomon, the intellectual leader of non-Hasidic Jewish community in the 18th century Europe, Torah scholar, kabbalist and communal leader. He is commonly referred to as “the saintly genius from Vilnius.” The immigration of the Gaon’s disciples to the Holy Land is considered to be a turning point in Jewish History.

By the 19th century, Vilnius’ Jewish community was populous and educated. The local scholars were creating the modern Hebrew language and taking special care of  the local Yiddish. As the city was becoming the intellectual capital of Jewish culture, Litvaks were characterized by their distinctive Yiddish dialect, intellectual capacity, as well as inquiring and critical mindset that challenged authority.

The Lithuanian Jewish community had a strong participation in the restitution of the Lithuanian independence in the beginning of the 20th century, and in the growth of its economy. For example, Chaim Frenkel, who started as a poor apprentice in a leather workshop in Šiauliai, eventually built a shoemaking empire that supplied Lithuania and all Russia with most its shoes. Some of Frenkel’s shoes had red soles – which are now the trademark of Louboutin brand – but few people know that red-lacquered soles were already being produced in Šiauliai in the beginning of the last century. Today, it’s possible to visit Chaim Frenkel villa-museum with a restaurant offering a special Jewish degustation menu.

In modern Europe, Israel and in the US, many leading scientists, artists, business leaders and politicians cite a Litvak heritage. Some of the most famous Litvaks include musician and poet Leonard Cohen, singer and artist Bob Dylan, the COO of Facebook and the founder of leanin.org Sheryl Sandberg, and many others.

The 2nd World War brutally destroyed most of Jewish population of Lithuania, and with it the Jewish culture that was being created for hundreds of years. This painful part of history is seen everywhere in Vilnius – marked by memorial plates, or made accessible by visits to such tragic places as Paneriai forest, the mass murder site outside of Vilnius.

However, the unique spirit of Jewish Vilna perseveres. In the past few years, a special attention has been given to the reconstruction of Jewish culture in Vilnius and Lithuania. Every September, Jewish Cultural Days bring a piece of Jewish culture to Lithuania through performances and various events.

One of the most popular Jewish sights in Vilnius is the street of the Gaon of Vilna, the place where his former house used to stand, his grave, and the town of Kedainiai, where Elijah ben Solomon went to school. Vilnius Jewish Museum also takes its name after the Gaon of Vilna.